From boisterous jazz rock to majestic Indian tradition – this record catches Mariano at the height of the wild Seventies and shows him as an inventive, multi-cultural ambassador on sax, flute and Nagaswaram within a prominent line-up.
Among all jazz musicians emerging from the bebop era, Charlie Mariano was one of the few with the capacity to act like a chameleon. Returning from his extensive journeys – musically as well as physically – through Japan, Malaysia and India in the 1960s and 1970s he found his way back to the jazz circuit by starting a new artistic life in Europe. He managed to adapt himself to the jazz rock vocabulary of the time integrating his Asian experiences and shaping a multi-faceted tone. Settling down to work in Germany he played with Eberhard Weber as well as the crazy world music pioneers Embryo, founded the legendary Pork Pie with Jasper van’t Hof and Philippe Catherine and also helped launch the United Jazz & Rock Ensemble. “Helen 12 Trees” is a rare but all the more beautiful showcase of Mariano’s varied attitudes of that period, a mirror of his mind of the mid-1970s. For the recording produced by Joachim Ernst Berendt for MPS he gathered an illustrious circle of fusion musicians: Polish violin wizard Zbigniew Seifert was at the height of his short career, Moog and electric piano master Jan Hammer already had earned his merits through his Mahavishnu fame. On drums we find another jazz rock giant, John Marshall of Soft Machine and Nucleus, who had also contributed to Pork Pie, whereas ex-Cream bassist Jack Bruce shows his ability to act in the jazz rock field. Eventually, Nippy Noya fits in brilliantly with his percussive gimmicks. Mariano proves to be an excellent ensemble man who always serves his band. He lets Hammer take the leading role in the title track before bursting out on his alto. In “Parvati’s Dance”, he takes us on a modal, almost majestically marching journey to Carnatic music as he presents the charming South Indian double-reed instrument Nagaswaram, imbedded by violin and keyboard cascades. A free-floating duet between the leader’s flute and the violin follows, playing with the vocabulary of Western classical music but also overcoming it. “Thorn Of A White Rose” is a wild thing with improvisation by Charlie and Zbigniew and even a hint of Caribbean flavour. Changing to the soprano, “Neverglades Pixie” displays Mariano’s tone in all its beauty, as he creates the mischievous character of a little creature in the swamp: sharp, precise and full of power on the one hand, seductive, elegant and lyrical on the other. This can all the more be witnessed in his dialogue with the piano, “Charlotte”, where he also displays his famous warmth on the instrument. Finally “Avoid The Year Of The Monkey” closes the recording with a wonderful melodic loop over 5/4 metric, laying the ground for breathtaking passion and boisterous joy of the whole band. We don’t know why Charlie Mariano wanted to avoid this year which is credited by the Chinese horoscope to be a period of flexibility and creativity. Might just be because this charming and warm-hearted man already possessed plenty of it. 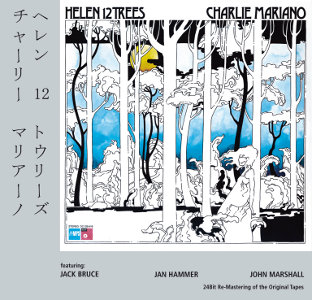