When in 1975 Larry Coryell went on tour with his short-lived all-star group The Eleventh House, the jazz-rock scene had just reached its climax. Although Larry is considered by many historians to be one of the first to melt jazz with rock, he never entered the rostrum as winner (one could guess, that his ‘mistake’ was not to be in any of the Miles Davis groups).
With this recording this might change in retrospect. Very few acts of that era were that powerful. Hymns, simple hit melodies, funk grooves, blues rock guitar, 70ies synth sounds, and a lot of fun and entertainment were the ingredients of a concert evening to be remembered. The material chosen was like ‘The Best of the Eleventh House’. While many other fusion protagonists with a jazz background used rock, blues, and funk elements, thinking this might make their music more accessible (some slipping towards easy listening, others were just unable to create a rock feeling), Larry Coryell & the Eleventh House used all these styles at well-balanced eye level. 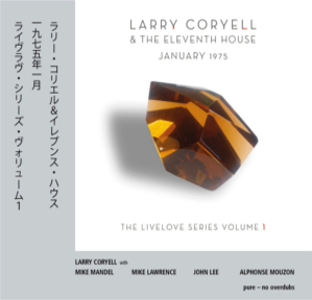